You are now, now rocking with… will.i.am and… Darryl

The Hits Radio: Union J’s JJ on the Phone

Twitter went crazy on Monday morning as boyband Union J made their first flight out of the X Factor nest. They trended on Twitter all morning with thousands of people tweeting #UnionJonTheHits. We had the first ever play of the boys debut single, Carry You, with JJ from the band

This morning on The Hits Radio Breakfast, Posh Kate from news tackled her difficult third single. After she revealed herself as an unlikely fan of American rap… she’s taken on some of the heavy weights and proved herself a player! First Macklemore, then Sean Paul, now… Nelly… Keep listening as 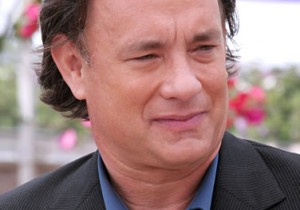 Hanks’ Tanks… and other sure-fire hits.

I like Victoria Wood. I like tea. You can imagine my excitement at the news of a TV show in which Victoria Wood takes a look at the complex and often tragic world of tea and tea making. It’s on BBC One tomorrow at 9pm. It follows quite a few

Amelia Lily popped by The Hits Radio Breakfast this morning… on her party bus! As you do. After a bit of a natter about getting up early, touring with Girls Aloud and her new single, Amelia showed me around her motoway disco. Check out what happened here…

The Hits Radio: See You in Newcastle

It was a pretty special Easter weekend on The Hits Radio, with us unveiling the line-up for May’s Future Hits Live and celebrating our 10th Birthday. On Friday we announced the quality cast that will join us in Newcastle on May 10th for this year’s Future Hits Live (It might