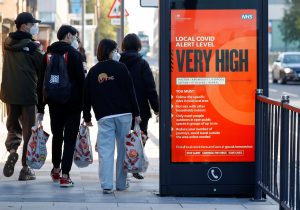 Imagine my excitement today, at finding something new in a story that’s becoming exhaustingly repetitive. I haven’t seen a single newspaper headline, tweet or Facebook status using the pun ‘Oh Tier, What a Mess’. The only thing more tiresome than the COVID measures themselves are the puns. If my single