Don't miss the weekly newsletter - Darryl Morris Weekly - direct to your inbox every Friday. I let you in on our show production meeting - what we're talking about and why. Read this weeks here and subscribe below. 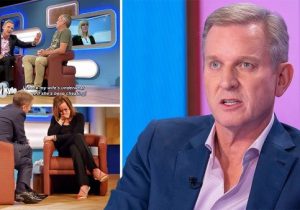 Reality TV is on trial after several high profile suicides and the axing of the Jeremy Kyle Show. Reality TV critic and former Big Brother contestant Luke Marsden calls for a second look…