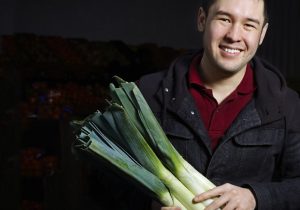 BBC: How to eat yourself well

It turns out a few tweaks to your diet can half the risk of a serious disease. Writer James Wong explains how in his new book, 10-a-Day the Easy Way: Fuss-free Recipes and Simple Science to Transform Your Health. I caught up with him on my BBC show recently...