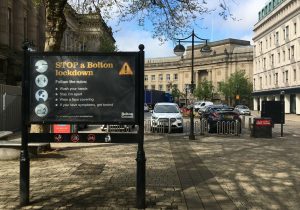 You’re going to hear a lot about Bolton this week. And not just from me, banging on about Bolton Wanderers’ spectacular promotion last weekend. Although, while we’re on the subject, we were 20th in February and finished 3rd overall. Really, quite something. Anyway. The real reason is altogether more troubling.