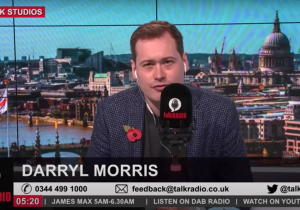 Road to the White House – What Next?

This week - on the final instalment of the Road to the White House (for now) - we take stock of that fraught and often unbearable election campaign, the size of Biden's win, what next for Trump and what next for a Republican Party gripped by Trumpism.