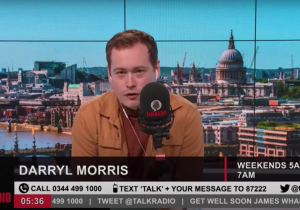 talkRADIO: The Road to the White House – Three Weeks to Go

Another week in American politics, and another fight for adjectives to describe it. This week, with three weeks to go, we tackle the Vice Presidential debate and how Trump’s Coronavirus diagnosis will affect the dynamics of the campaign. All on… The Road to the White House…