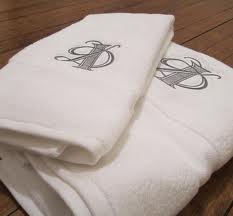 Before I think anymore, we’re strapped into a shuttle bus on our way to another island. There’s a few of us, three other couples and a family. We’re all ready with our suncream, hats and beach towels as the bus springs to life. Something catches my eye, it’s a beach towel. ‘Is that my beach towel?’ I think to myself. It can’t be. It can’t be because the beach towel has a price tag attached and I definitely took all the price tags off my beach towels. Then I notice the amount and I can’t help letting out a small gasp. It was £150!! ‘Who the hell spends £150 on a beach towel?’ I think. It’s going on the beach, in the sand, by the sea and in the sun. Who spends so much on a beach towel and is then so careless as to leave the price tag on? Then I realise. They haven’t been careless at all. They’ve been very deliberate in leaving the price tag on their outrageously expensive beach towel – to let everybody know just how much it is. They’re obviously so disgustingly rich that they can spend £150 on something they’ll use on the beach, in the sand and in the sun!

We’re in a nice resort. It has a spa, a gym and lovely restaurant, and yet I never expected to be sharing such quarters with somebody who spends £150 on a beach towel! I’m slightly irritated as we set off to the port. We’re getting a boat to the island although I have no doubt the expensive beach towel buyer will have chartered their own! We unload from the shuttle bus and I catch sight of the person with the expensive towel. Just as I’d suspected. Drowned in gold jewellery with a tan so perfect it was hard not to stare at! I bet he’s bought his own personal Sun to achieve such a perfect tan. How dare he! How dare he flash his gold jewellery, perfect tan and expensive beach towel in my face. I bet he’s a monster. I bet he owns a huge, unethical corporation that sells some sort of device that goes around kicking homeless people at night and stealing their food. I’ll bet he’s so posh it looks like he’s sucking on a lemon every time he tries to construct a sentence.

I’m so angry I almost miss my footing as we get off the boat. The island is beautiful with a white sandy beach and a clear blue sea. But I’m unhappy. I feel like I don’t belong here with my cheap beach towel and less than perfect tan. This island is clearly not for me and the posh man knows it. He slinks off to a nearby hut, no doubt calling his office in London to ask how he’s been booked on a trip even I can afford. He’ll be demanding a boat come and take him to his own private island with expensive things and no northerners.

He strides back down the beach with an arrogant confidence. I bet the British Ambassador to Thailand is coming to collect him personally. I notice he has something under his arm as he takes to his expensive looking sun lounger. It’s a copy of the Bangkok Times and my blood boils again! He’s probably checking how his unethical, homeless people kicking corporation is doing on the stock exchange! The b*stard! How dare he sit here on this island, checking his stocks on his expensive beach towel with his gold jewellery and perfect tan. I hope the British Ambassador IS coming to collect him and that it happens soon!

My eyes are fixed on him as he turns and catches a look at me. He gets up and heads in my direction and I panic. Why would he have any business talking to me? Maybe he thinks I’m posh too. He’ll probably want to discuss expensive beach towels, gold jewellery, perfect tans and stock prices. I can’t hold a conversation about these things! I have no stocks.

He gets closer and I start to sweat. He begins to open his mouth as my heart skips a beat. Here we go. This is it, isn’t it? Oh God!

WHAT? He’s northern. And common. And normal, like me!

The sun starts to set and we head back to our resort. “Bare with me” I say loudly as we climb back onto the shuttle bus. “I’m just picking up a copy of the Bangkok Times”