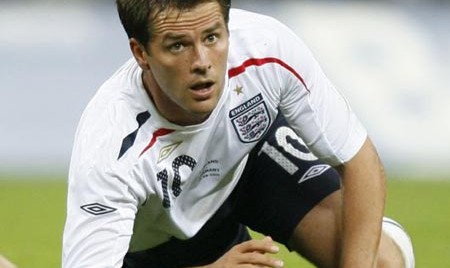 On 30th June 1998, a 19-year-old Michael Owen put a football in the back of a net and shook the nation. I remember it like it was yesterday.

Footage of the ruling Diego Maradona tearing the England team apart still haunts football fans to this day – yet we have one saving grace. THAT Michael Owen goal. He took the ball at the half way line and made his way past four or five men with ease, before slotting the ball in the back of the net – the Argentinean defense didn’t know how to handle him. He was quick, slick and scoring for fun… and was so good with his feet that he needn’t call on God for a cheeky handball. Our Maradona had arrived. I was 8 years old and I sat, open mouthed, as a man who would surely be the greatest striker in the world, burst onto the scene.

There aren’t many people who have achieved what Michael Owen has and are STILL noted for falling short of their potential. Despite scoring just short of 300 goals for club and country, it’s his time on the physio’s bench that will define his career.

Speculation about his retirement has been going on for years – and he’s proven critics wrong by scoring big goals on big occasions, time and time again. But today he announces this season will be his last.

At the top of his game, everybody wanted to be him. When I was a young lad, dreaming as most do of a footballing career, I bought a VCR – ‘Michael Owen’s How to Celebrate a Goal’. Time well spent, I’m sure you’ll agree. Despite this, and that God awful CBBC drama with an acting performance that was genuinely painful to watch… it was a career that defined a generation.

As he prepares for more time on the golf course, let’s relive the moment a 19-year-old scouse kid gave us the upper hand over our bitterest rival…