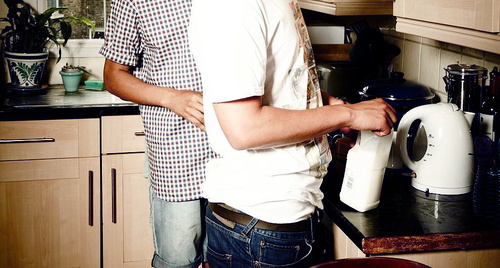 Rizzle Kicks on The Hits Radio

You could feel the testosterone in the air. It was enough to make Plan B feel effeminate. We were just a few beers and an X Box short of the ultimate man-fantasy. But it was 07:55; we skipped on the alcohol all together.

Rizzle Kicks dropped by The Hits Radio Breakfast Show this morning for a bit of a chat and to give their new tune a spin. They’ve been away for a while working on their second album, ‘Roaring 20’s’, and generally getting frustrated at the world around them. The new single, and presumably the rest of the album, is a big statement about our culture. The world they’ve grown up in and its fascination with controversy.

We chatted about the new song, ‘Lost Generation’, and its cutting lines on Jeremy Kyle and John Terry. It says a lot about our obsession with dragging dirty laundry through the press and all the exaggerated angst that goes with it. Jordan recalled an awkward encounter with One Direction after a newspaper ‘miss print’ and Harley very nearly brought up a by-gone feud with Cher Lloyd.

We talked fame, fans and football. And Harley promised us that, despite meeting a nice Australian girl, he wasn’t moving down-under.

Here’s what happened with Rizzle Kicks on The Hits Radio.