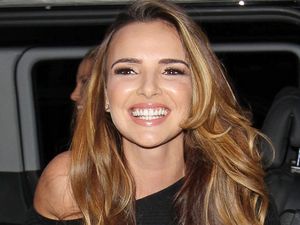 After the short lived Girls Aloud reunion came to an abrupt end it seem Nadine Coyle has decided how she’s going to fill her free time… looking after a human.

Coyle announced she’s having a baby via Instagram, oddly, and former bandmate Cheryl Cole was one of the first to congratulate her.

Cole tweeted: “I just woke up to the news that there is to be a baby aloud!! This is so crazy. But Amazing!!”

More importantly, Cheryl tweeted that she’d just woken up at 3.29pm… how lazy IS that woman?! We’ll assume it was an afternoon nap.

Nadine is working on a solo project too but you’d imagine it’s on the back-burner for a while. Lets just hope we don’t get an album about nappies and Baby Gap.