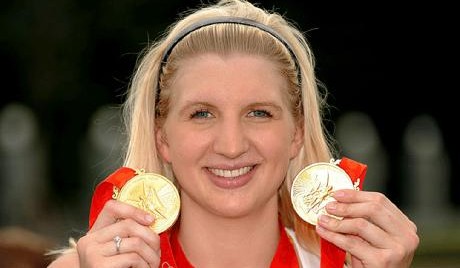 Rebecca Adlington took to Twitter last night to share her devastation at losing her Olympic medals to thieves… before they were found and returned to the swimmer.

She tweeted… “In absolute pieces. Some bastards have broken into my house and stolen my Olympic medals!!! Something I will never be able to replace!”

Adlington’s house was broken into and her husband Harry’s car and keys stolen.

She went on to say… “Thank you all for the concern. The main thing I know is were safe. Life is more precious. Xxxxx”