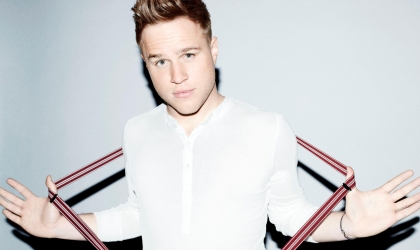 Olly Murs co-hosted The Hits Radio Breakfast this morning and chatted about his new single, dressing up as Kylie and being huge with baseball fans.

I also played him a clip of the moment he slagged me off while I was away in America. Awkward.