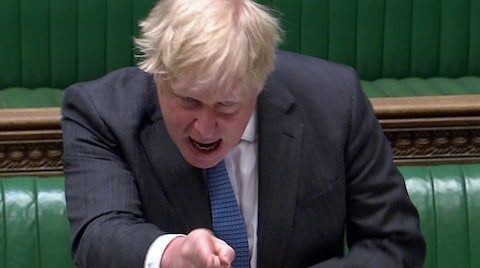 ‘What a car crash,’ said my Mum of the European Super League, ‘a terrible idea and typical of the greed.’ And that is how you know a football story has found it’s cut through.

As the world of football and politics – and my Mum – cried out in condemnation at the plans for a new European league, some made the point that it was an energy absent in the debate about racism and abuse in football.

This weekend, football will look to capitalise on that proven fan power and get that issue up the agenda. Football clubs and bodies have coordinated a boycott of social media this weekend. You won’t hear from clubs or leagues or players on Twitter or Instagram or Facebook. Not even from my beloved Bolton Wanderers, who could be promoted with a win against Exeter on Saturday. Sitting out such a pivotal event should, in theory, provide a shot across the bow to trolls and tech companies alike.

But if you aren’t a football fan, if this isn’t your game and isn’t your community, why should we care? Wider social injustices often bubble to the surface in football before anywhere else. It has a long history of being a trailblazer and a mirror to society. And it can be a catalyst for change.

Society has a problem with racism and abuse. Social media is a fuel for it. Football has shown what can happen when collective fan power is harnessed. Now it’s time to harness that same power – that outrage – and make other changes.

And it goes beyond abuse, into player welfare.

The higher end footballers are probably over-paid, sure, but that comes with the expectation that they should be immune to the realities of being human. Moved around from club to club like chess pieces and harassed and abused by fans when they get there. And up comes the mirror, because it isn’t a problem that’s exclusive to football. It speaks to a higher issue about the way we treat people across society – the way we judge a person’s worth – and how people have become currency in the pursuit of profit.

In 2012, footballer Marvin Sordell became one of only a handful of players to officially complain about racist abuse from fans. He’s also spoken passionately about the lack of support players get. In the depths of depression, the game chewed him up and spat him out.

This weekend, Marvin will share the experiences that lead him to leave the game and we’ll ask what, if anything, a social media blackout can achieve.

Getting people to care about something isn’t always straight forward, no matter how important it may seem – as those tasked with holding the powerful to account are finding this week.

A week of uncomfortable inquisition came to a crescendo in a furious Prime Minister’s Questions. Boris Johnson refused, again, to say who had initially paid to strip his Downing Street flat of it’s ghastly John Lewis look and splash it full of patterns so headache inducing its a wonder he hasn’t slipped into a coma.

Move on, they say, nothing to see here. Ministers have stuck to the script as they do the rounds of TV and radio shows this week, hammering home the success of the vaccine roll out and playing down the significance of the story.

As a general rule, whenever a politician rolls out the line that ‘the public really aren’t interested in this story’ it usually means that a) it’s true, b) they’re worried about it and c) the public are interested. Monitoring the effort to deflect is a reliable gage for what those in power are really concerned about. And they’re concerned about this. Less so the immediate ramifications – it looks unlikely to sway next week’s local elections – but they are worried about the long term. The Tory sleaze stories of the 90s stuck firmly to John Major and became fertile ground for Tony Blair and New Labour to exploit. There will be a creeping concern that Sir Keir Starmer will be working with the same opportunity in 2024.

The retaliation of ’nobody cares about the Prime Minister’s wallpaper during a pandemic’ may have some truth. But here is where it falls to the media to spend less time asking if the public care, and more time explaining why they should. Because it’s not really a question of who paid for the decoration – but if it was a friend or Tory donor, why wasn’t it declared and what could they have got in return from one of the most powerful and influential people in the country? And, more to the point, why is nobody answering these questions? If the Prime Minister did pay for it himself from the start, why can’t he just say that directly?

And why should we care about the Prime Minister’s flat? Because it’s a question of the integrity of those who lead us, and whether they will face the consequences of their actions.

There is a pattern emerging, and not just on the new furnishings in Downing Street. A raft of wrongdoings have gone unpunished. Priti Patel, Robert Jenrick, Gavin Williamson, Dominic Cummings have all indulged in previously sackable misdemeanours or mistakes and have come away relatively unscathed. I’m even old enough to remember when the Prime Minister was found to have misled The Queen and wrongly prorogued Parliament.

Fresh polling this week shows healthy enough leads for the Tories in key areas, which some interpret as the sleaze story not cutting through to people’s decision making. It lends itself to the long-held view that a level of incompetence and dishonesty is baked into how people already feel about the Prime Minister. It’s woven into the issue of Brexit and identity. He might be a bit of a wrong’un, but he’s their wrong’un.

It’s a depressing thought. Whoever you are, whatever you think and however you vote, shouldn’t integrity and decency be something we demand of our leaders?

It’s a question we’ll ask former Tory MP Victoria Borwick – who has been firm in her defence of the Prime Minister and campaigning to move the conversation on – and the former editor of the Sunday Mirror, Paul Connew, who has been keen to keep it going.

If all of this sounds familiar, it’s because it is. America has spent four years having the same conversation. And in November last year, the ‘he’s our wrong’un’ support wasn’t enough to for Donald Trump to win. It was enough, though, for him to receive the most votes of any incumbent President… ever. It just so happened the other guy got the most votes… ever.

And the other guy hit the ground running. This week, that symbolic marker of 100 days was reached for Joe Biden’s presidency. Traditionally it’s a moment to stop and reflect and take the temperature of how the job is going. It’s fair to conclude that those 100 days have been more rapid and radical than many had expected. They called him Sleepy Joe, sleeping he ain’t.

As the milestone came and went, Biden scored a 57% job approval rating. Democrats are quick to claim it means America is enjoying the radical change. A more nuanced look should factor in a ‘vaccine bounce’, as the USA steam ahead with their roll out. It’s the same vaccine bounce that Boris Johnson’s government seem to be experiencing on this side of the pond. Although on different sides of the political divide, they will both be asking themselves the same question: will it hold?

See you in the morning.